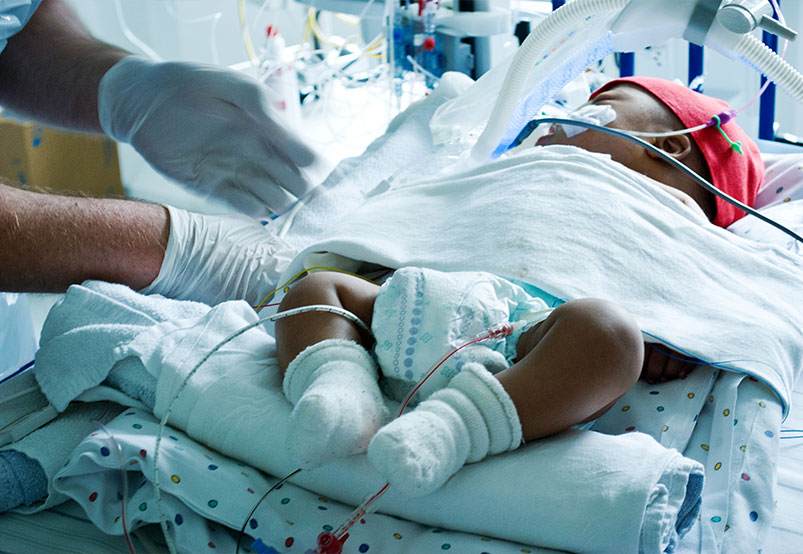 Dr. Rusin’s presentation demonstrates the ability to predict 53 to 67 percent of cardiorespiratory deterioration events one to two hours in advance for single ventricle patients.

Craig Rusin, Ph.D., presented important research findings to the world’s leading experts on pediatric cardiology at the 23rd Annual Update on Pediatric and Congenital Cardiovascular Disease, held February 12-16, 2020, at Children’s Hospital of Philadelphia. His presentation, “Automated Prediction of Cardiorespiratory Deterioration Events in Single Ventricle Patients,” was honored with the prestigious “Outstanding Investigator Award” from a field of 200 presentations representing the leading institutions in pediatric cardiology from across the country.

When an infant is born with a heart in which one of the lower chambers, a ventricle, does not develop properly, the baby has what is called a single ventricle defect (a term that encompasses conditions such as hypoplastic left heart syndrome, or HLHS).The result is that the heart has only one pumping chamber, resulting in a decrease in the amount of oxygenated blood getting to the body.

Fifty years ago, this was a death sentence. No one survived.

Today, thanks to incredible advances in surgical techniques, the survival rate is approximately 85 percent. To survive, these children require three separate surgeries in their early lives, with the most dangerous period being the 3-6 months between the first and second stage procedures. For children with HLHS, one-third of deaths will occur during this time period. Cardiac or respiratory deteriorations will be responsible for two thirds of deaths in this population.

A group of researchers set out to make this situation safer.

In 2016, Dr. Rusin, an assistant professor in pediatric cardiology at Baylor College of Medicine and Texas Children’s Hospital, and a group of collaborating researchers and physicians had a theory on how they could predict the onset of cardiorespiratory deterioration events in these children before it happened. They started with a series of key questions: “Is there a precursor to these events?” “What is the key physiologic pattern that these children are experiencing?” “What information can we leverage to prevent these arrests from occurring and thereby improve outcomes?’”

The goal was to see if they could come up with an early warning signal of deterioration – the proverbial “crystal ball” — that so many clinicians had been hoping for.

To create this early warning signal, they trained a computer algorithm with an incredibly large pediatric data set they had been collecting over years to discover a unique pattern that only occurred 1-2 hours before the patient deteriorated.

Initial results were promising. In the first study, the algorithm demonstrated an ability to predict deterioration one to two hours before the event occurred with a receiver operating characteristic (ROC) score of 0.91 using approximately 80,000 hours of patient data.

Data collection began on January 1, 2013, with 254 beds in the hospital monitored 24 hours a day to record every patient waveform, beat and breath across multiple devices including cardiac monitors, ventilators, NIRS and more. The result?  More than 80 terabytes of data in what is one of the largest known and most complete physiologic data sets of children in the world.

By leveraging that data, Dr. Rusin and his fellow researchers were able to demonstrate some incredible findings — namely, that this is indeed the warning that physicians had always needed, allowing them time to intervene before the situation becomes life threatening. Results of this initial study were published in the Journal of Thoracic and Cardiovascular Surgery in July 2016. Initial findings were also presented by Dr. Rusin at the Rice University Machine Learning conference last year.

Dr. Rusin presented an update to this study at the Children’s Hospital of Philadelphia’s 23rd Annual Update on Pediatric and Congenital Cardiovascular Disease, held February 12-16, 2020, in Orlando, FL.  Now, having recorded over 900,000 hours of data from 238 patients, the research team was able to further demonstrate that between 53 to 67 percent of cardiorespiratory deterioration events may be predicted one to two hours in advance by introducing one to three alerts per patient per day into the clinical environment. This result received the Outstanding Investigator Award amongst 200 other presentations due to its impressive findings.

Handing providers a real-time risk index calculated continuously from bedside monitoring data is as close to a crystal ball as many providers can ever hope to get. Dr. Rusin and his team proved that the data can, indeed, predict events and allow physicians to intercede.

Next Steps: Multi-site Validation and Going Beyond

The goal of the multi-site study was facilitate collaboration among leading pediatric institutions to work together to build, test and validate the model, increase the cohort to a much larger data set, and ultimately help bring this groundbreaking research into clinical practice to decrease mortality even further in this high risk patient population. Going forward, these institutions will then have the quantity and quality of data necessary to collaborate on additional algorithms, risk scores, and new predictive monitors and save even more lives. 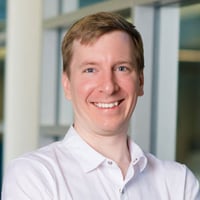 Dr. Rusin holds the academic rank of assistant professor at Baylor College of Medicine and Texas Children’s Hospital and adjunct professor of computational applied math at Rice University. His research focuses on developing clinical decision support algorithms based on real-time physiological data processing. Dr. Rusin is also the developer of the MIC Sickbay software platform, chief technology officer and co-founder of Medical Informatics Corp., and leader of the technical direction for MIC. He received his bachelor of science in engineering degree in chemical engineering from Princeton University and his doctorate in chemical engineering from the University of Virginia.